Thank you to everyone to donated in our IAPF campaign.

We raised over $1000 which will be donated to the organisation in the next few weeks. Yay!! We have sent over our first IAPF Green Army recruit, Jodie Cooper from Western Australia. We look forward to following her journey and wish her all the best!

Pilbara mother has traded high-vis for khaki this week after heading to Zimbabwe to help in the war against rhino poaching.

45-year-old mother of one Jodie Cooper has lived in Karratha for five years and is a volunteer for the International Anti Poaching Foundation’s Green Army.

Ms Cooper said she became interested in the plight of African rhinos about 18 months ago and decided she had to take action.

“I will spend two weeks just outside of Victoria Falls on a reserve working alongside African rangers learning about rhinos and other wildlife and assisting them in their efforts in the war against poaching,” she said.

“I will be involved in foot patrols up to 15km per day in weather conditions very similar to Karratha this time of year.

“While I will not be involved in any combat duties, these rangers are on the frontline and interactions with wildlife and poachers is a real possibility.”

Ms Cooper established Resources for Rhinos with a group of friends this year, a group for people from the resources industry to raise awareness of the threat of extinction faced by rhinos because of poaching. The killings aren’t stopping! Early this month in Pilansberg National Park, a pregnant mother rhino and her calf were shot and killed for their horns. The horns were left intact as the poachers fled the scene when they heard a game vehicle approaching.

In the Eastern Cape an entire CRASH was wiped out in 3 weeks in 2 different attacks. The owner of the reserve is devastated having lost his entire rhino population.

In the Hoedspruit area another 5 were killed, this breaks our hearts as this is where we grew up and do our rhino conservation tours. Here are some basic facts from SAVE AFRICAN RHINO: Stats for the year so far:

700 rhino poached in South Africa and 19 in Zimbabwe!

Please help us by making people aware of what is happening to these creatures!! Awareness and media attention is what we need. 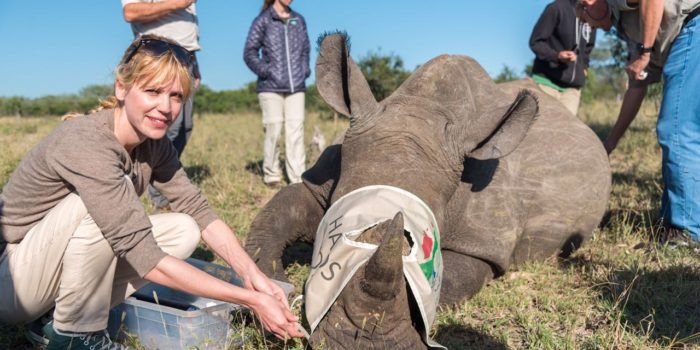 May News – Kicking some goals!

RhinoLOVE update! It has been a busy and exciting month for our rhinoLOVE project! We had two groups of guests attend a rhino conservation week... 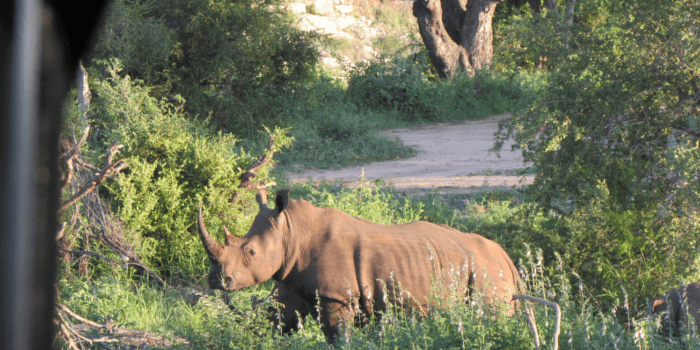 DID THAT JUST HAPPEN?? Well just days ago South Africa made it legal to SELL RHINO HORN!! I am still in shock.  (See Full article...